There is some cultural appropriation in my work at present. I have a long-standing appreciation of Japanese aesthetics and in particular Wabi Sabi. There is a certain beauty in decay, deterioration and imperfection that is somewhat alien to Western Culture.

I am still experimenting with ideas and currently using various mediums to achieve some paint/colour effects. A few small panels are shown below. 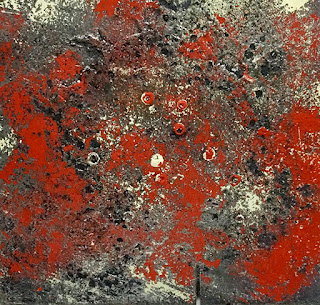 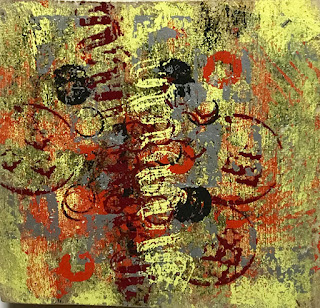 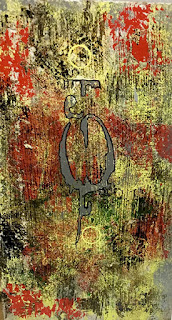 These  panels are combinations of paint, stain and print mediums used to layer or partially remove colours to try to emulate some of the colour and textural effects appearing in photographs taken in Greece some years ago. A selection from many pictures taken are shown below 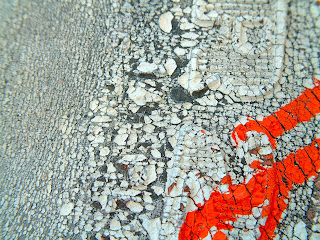 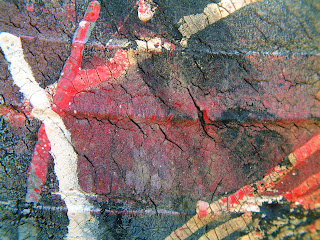 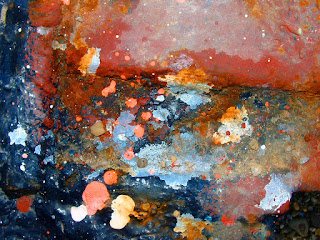 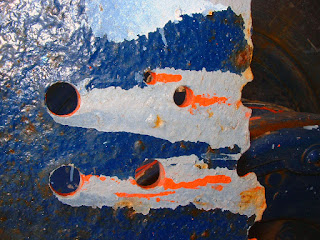 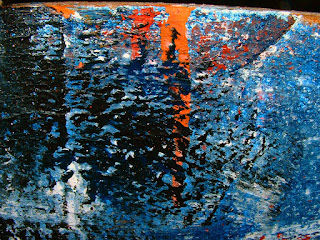 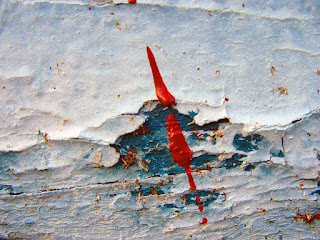 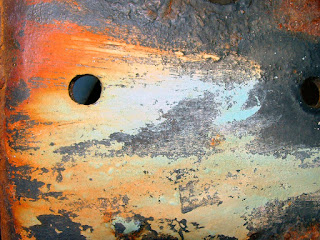 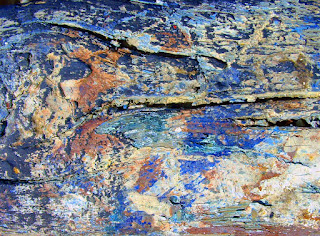 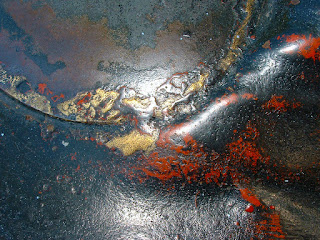 To try out some of the techniques I have discovered, as a first attempt, a section of rose root cut from a root ball was used. The root section suggests a semi figurative abstract form and had several layers of primer applied before colouring. The background is bark also primed and coloured. 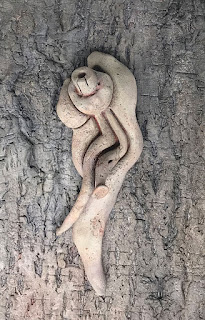 The burr shown below had been laying around in my workshop waiting for attention. Not suited to turning it seemed a shame not to display its beauty in some other form. It became the second finished piece to receive a makeover. Stains and oil paints were layered over a semi textured primer. The piece balances on a slate fragment. 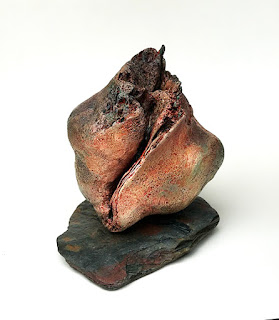 Finally, the following piece 'Distressed Bowl Form' was already distressed by burning and wire brushing to simulate an aged appearance. Recovered from the reject bin it seemed appropriate to try out a worn looking paint surface. The finish is the result of some ten applications of stain and oil paint washes over a textured primer base. The piece echoes some of the worn paint surfaces appearing in the pictures from Greece shown above and incorporates some of the effects practiced in the colour panels, rose root and burr.

Starting points and finished images are shown below and serve as beginning point for expanded trials.
. 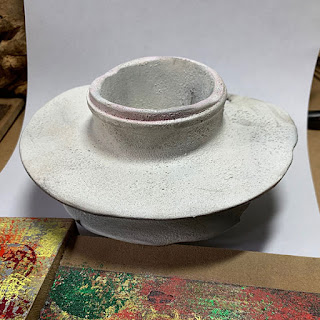 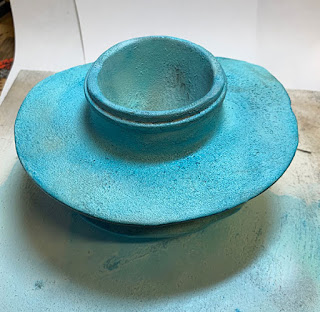 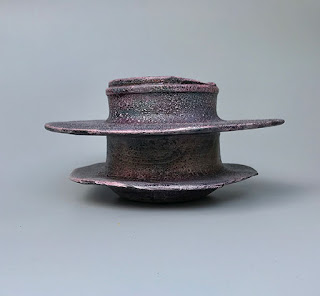 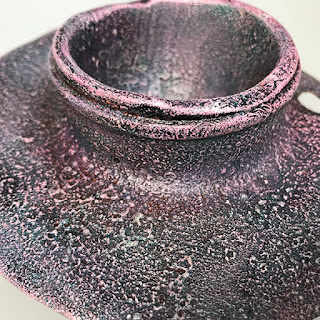 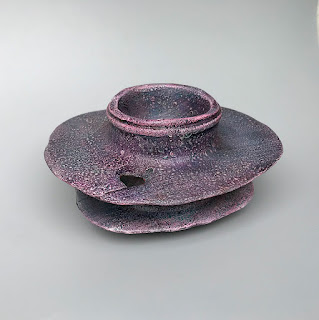 Posted by Philip Streeting at Monday, October 07, 2019 No comments:

Things to think about

“It’s better to fail in originality, than succeed in imitation.” Herman Melville

Please note that unless otherwise indicated Philip Streeting retains the copyright to all words, pictures and videos produced by him and shown here.